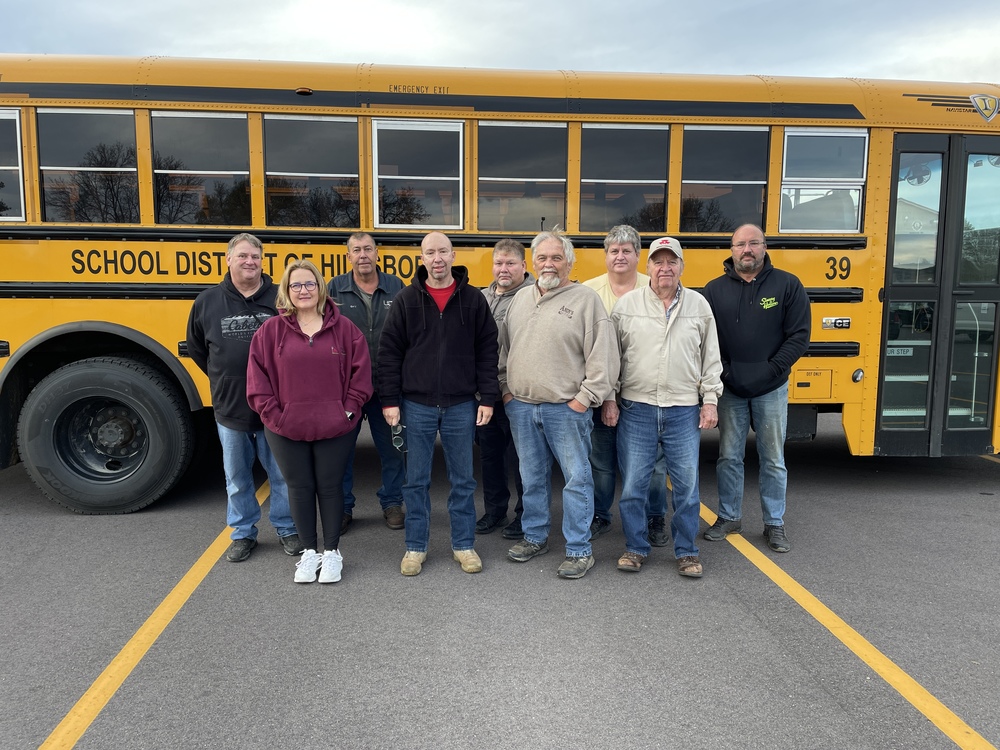 During the October 11th Board Meeting, members of the transportation department received commendations from the school board for their outstanding service to the district during an unanticipated early release at the MS/HS on September 24.

Shawn Redington, Bob Stekel, Tom Hotek, Don Obert, John Rick and Darrell Krajco ran double routes on very short notice in order to ensure that all MS/HS were delivered to their homes for an early release before returning to transport elementary students at their normally scheduled release.

Transportation Director Bob Stekel said he was very proud of his staff, and thanked them for their continued dedication to our students and families.